Another testament to Amazon’s customer service

On one of my Pandora channels, I have a lot of artists like Anberlin, The Juliana Theory, and others with similar qualities. One night, I heard a song by a band called Sent by Ravens, and I thought that it was pretty good. I also found both of their studio albums for a good price, so I bought both of them. Here are my thoughts regarding their first album, Our Graceful Words. 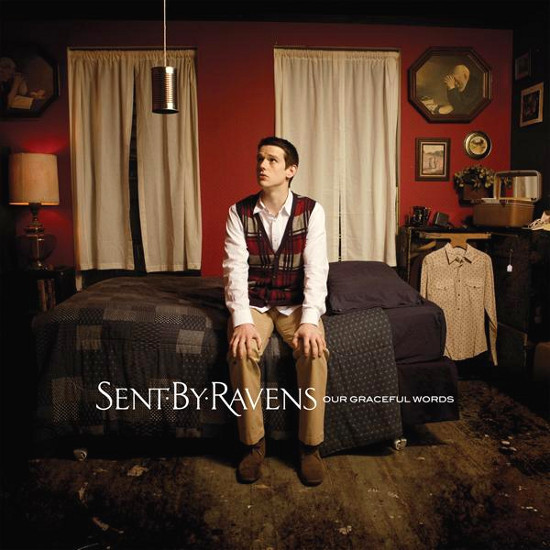 1. New Fire – 7 / 10
Starting off with essentially no warning, the song enters with some hard-hitting guitar and some less-than-flawlessly-executed melody over it. During the bridge, the music and vocals turn significantly more hardcore than throughout the rest of the piece. Unlike many other Christian bands of the same genre, the lyrics are more directly religious, especially with this track.

2. An Honest Heart – 5 / 10
Again, this track shows a lot of musical and vocal similarities to the earlier works of Funeral for a Friend and Anberlin. Though the vocals are strong, the guitar mastery is not as substantial as it is with either of those bands. Like New Fire, this song lacks internal musical variation; it just doesn’t seem very lively.

3. I Hear her Breathe – 8 / 10
This song starts with a nice piano in the background, which adds a little flair to it. This is the first track where there seems to be some musical movement during the chorus. The previous two tracks stayed relatively flat throughout the verses and the chorus. This one at least kicks up the energy level a bit. The lyrics are less directly Christian in this track as well, which makes it more generalisable.

4. Beautiful List – 6 / 10
The dissonance between the two guitarist during the opening of this track is very similar to that of Emarosa, but fades as they mesh together during the chorus. Again, though, the song is far too uniform, and I keep waiting for it to throw me a curve ball. However, it doesn’t come.

5. Trailers Vs. Tornadoes – 7 / 10
The vocals are incredibly strong on this track, and they really show Zach Riner’s versatility. Unfortunately, the other members don’t exhibit that same quality. That being said, this is one of the heavier tracks on the album, and it packs a slightly stronger punch.

6. Jill Plays Tricks, Jack Plays God – 5 / 10
I really like the echo effects in the beginning of this track, but then it flows into the same predictability that has permeated through the rest of the album. At around 2’20”, there was a perfect chance to include a nice breakdown, but instead, it was just more of the same.

7. Philadephia – 5 / 10
A bit harder than some of the other songs, Philadelphia trends more to the melodic post-hardcore style of the past couple years. The lyrics, which try to be Confucian advice, end up just sounding a little bit like a fortune cookie–generic enough to apply to just about anyone. At least the interplay between the two guitarists seems to have been refined.

8. Salt and the Light – 9 / 10
Starting with just piano and vocals, and adding drums and acoustic guitar, this is one of the first tracks to show some musical versatility. It also takes a slightly different tone; more like a ballad. At around 2’20” the strings come in, and thereafter, it breaks down back into just piano and vocals. To me, this is the highlight of the album.

9. The Awakening – 8 / 10
Heart-pounding guitars, some vocal effects, and drum kicks differentiate the beginning of this song from many of the others. Coming right after the softer Salt and the Light showed some great song order organisation, and made this track even more powerful than it would have otherwise been. The bridge that starts at around 2’10”, though, falls a bit short of impressive.

10. Stone Soup – 5 / 10
This is another tune that makes me think of Emarosa, as it sounds a bit like organised dissonance in the beginning, but then offers some satisfying cadence in the chorus. It lacks the breakdowns and builds, though. Unfortunately, for that reason, it falls flat as well.

11. True Bride – 4 / 10
This song seems a little disjointed, and the drumming could have been easily replaced with a drum machine as he did very little other than keep a beat. I was hoping that the power and musical heterogeneity of Salt and the Light and The Awakening would have persisted throughout the albums closing, but instead, the band fell back into the bland metre and progressions (for lack of a better word) with which the album started.

In essence, each song on the album is pretty good by itself. However, when all the tracks are strung together, it becomes monotonous very quickly. There was a peak with tracks 8 and 9, and I had hopes that it would continue through the end of the disc, but it didn’t. I’m hoping that their second release has a little more variation, but as for this one, I give it a 69 / 110. That translates into ~62% or 6 stars:

You know, somebody actually complimented me on my driving today. They left a little note on the windscreen, it said 'Parking Fine.'