Another testament to Amazon’s customer service

How IT team members see each other, and a bonus funny

Sent by Ravens – Mean What You Say review

Just a couple days ago, I reviewed Sent by Raven’s first CD, entitled Our Graceful Words. I have listened to their second album a few times now, and think that I’m at a point where I can review it (especially in comparison with their previous one). 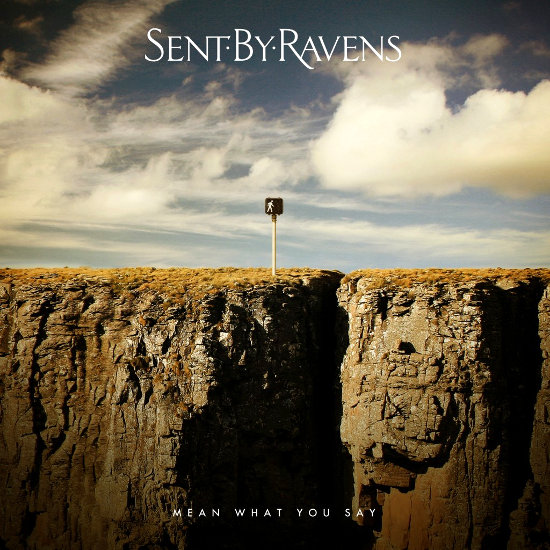 1. Prudence – 6 / 10
Like their previous album, this one starts with a guitar hit upside the head. There are some great lyrics like “But who believes the smile of a child / with all of his teeth clenched?” There is also a little more variety in terms of drum beats and guitar riffs than with some of the songs from their previous album.

2. Listen – 5 / 10
A nice back-and-forth between the rhythm and melody guitar lines start this track. It continues in a very rhythmic manner that lends itself to head bobbing, or a sway in the 4/4 time signature. Not a bad song, but it just feels flat overall.

3. Rebuild, Release – 5 / 10
Slightly reminiscent of some songs by Saosin, this tune combines some elements of post-hardcore and atmospheric rock. There are some dissonant guitar parts during the bridge, but they are contrasted with the consonance of the chorus. At just 2’51”, the song barely gets started by the time it finishes.

4. Learn from the Night – 9 / 10
Starting off with sounds of a music box, and leading into some haunting vocals with meloncholy guitars, Learn from the Night presents a good message wrapped up in an eerie and powerful musical backing. The bridge builds steadily before transitioning into the final chorus. Those elements make this one of the stronger tracks on the album.

5. Mean What You Say – 9 / 10
As the title track, it packs a punch deserving of its name, both lyrically and musically. It combines some trance-esque effects on the bass, and possibly some synth overlays throughout. It, like the previous song, is much more lively, especially during the bridge.

6. However Long it Takes – 8 / 10
This track reminds me of The Juliana Theory, but not the emotion-filled anthems from their earlier albums, but rather the mainstream-style songs from Love. Though it seems highly commercialised, the song is pretty good and is heartfelt.

7. Need it Today – 8 / 10
This is one of the only tracks that I’ve heard from the band in which I think that the vocals (not the lyrics) actually detract from its power. Though the music goes through shifts in intensity, Zach Riner sounds like he is stretching the entire time. The net effect is that the chorus and the verses carry the same weight. That being said, it is a pretty solid track from a instrumentation standpoint.

8. Never be Enough – 9 / 10
With a piano-and-vocals-only introduction, Never be Enough builds with emotionality and passion throughout the first verse and chorus. The muted strings come in thereafter, and add to the temperament. My only disappointment with this track is that it isn’t longer, and doesn’t include a powerful entrance of the entire band (like the “band version” of My Immortal by Evanescence).

9. We’re All Liars – 6 / 10
After a very strong middle section to the album, this track seems dull with its steady rhythm and somewhat trite lyrics during the chorus. Part of the problem may be that it was placed right after a very intense song, and it simply couldn’t live up to the expectation set forth. It also has a very abrupt ending that feels premature.

10. Best in Me – 9 / 10
Combining the emotionality of Never be Enough and the power of Mean What You Say, this song serves as a fantastic finale to the album. Though I prefer the longer, original version from their earlier EP, this one retains a lot of the great aspects thereof. The female vocals in the latter portion add to the epic feeling that I expect from the last track of a good post-hardcore or emo album.

I found this album a lot more enjoyable than their previous studio release, primarily due to the inter- and intra-track variety. I think that SBR is a band with a lot of potential, and hope that they develop their talents and, subsequently, continue to refine their sound. For this album, I give it 74 / 100, or ~7.5 stars:

Apologising does not always mean that you’re wrong and the other person is right. It just means that you value your relationship more than your ego.