Ever since I found the CD Epsilon by Blood Stain Child, I’ve been trying to find some similar albums. Though not exactly the same, I did find an outstanding synth-symphonic-metal band named Amaranthe. After listening to a few of the clips, I bought the album (despite its relatively high price tag of $23.68 USD [~€19.15]), and I’m really glad that I did. 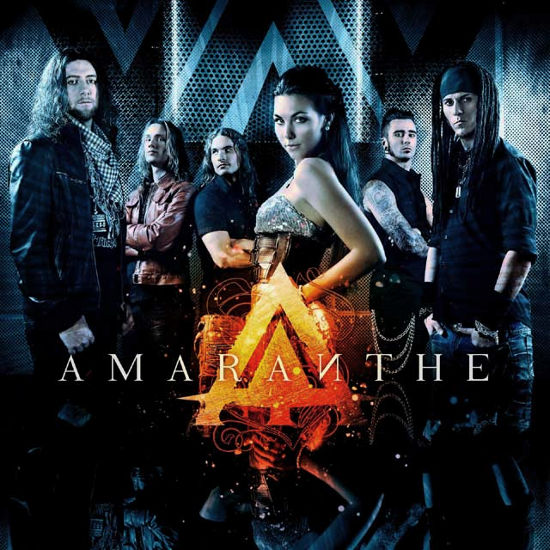 1. Leave Everything Behind – 10 / 10
Starting with a very brief intro on the keyboards, this track goes immediately into pounding guitars and a fast-paced melody line on top of them. What starts out as fairly chaotic smooths out really nicely during the chorus, with three different sets of vocals. The breakdown features only the amazing female lead vocalist, and then goes back into one last round of the chorus. This serves as a great introduction to what will certainly be an album that lends itself to “Emancipation of the human mind.”

2. Hunger – 10 / 10
With a similar start as the previous track, Hunger features the outstanding female vocalist (Elize Ryd) much more readily and prominently. Blazingly fast guitar licks, and a drum backing that matches in both speed and agility, this song shows that Amaranthe is not just your run-of-the-mill symphonic metal band.

3. 1.000.000 Lightyears – 10 / 10
The duality of a male and female vocalist is met early on with the band’s third vocalist, who adds the hardcore screams that one expects from a metal band. This track takes on a more sci-fi or galactic feel, which makes sense given the title. The combination of synth melodies on keys, hard-hitting bass and drums, and wicked guitar riffs makes this one another winner. I also really love the abrupt pause and glitches that they borrow from dubstep.

4. Automatic – 10 / 10
The intro to this song is simply outstanding, as it is the lead male vocalist (Jake E) and female vocalist (Eliza Ryd) singing a line of the forthcoming chorus, only accompanied by a keyboard-based melody line. Thereafter, the rest of the band comes in and escalate the song into fierce speed-metal glory. For the first time, we get to hear Olaf Mörck’s lead guitar abilities (starting around 2’20”), and they only further adds to the outstanding presentation.

5. My Transition – 7 / 10
Starting off with some repetitive guitar fifths and a bit of a keyboard melody behind them, this track lacks some of the prominence of the previous four. Though it has some of the same speed and oomph, it falls a little flat by comparison.

6. Amaranthine – 9 / 10
After exactly 17 minutes of blistering power and force, Amaranthine showcases the versatility of the band. The tune starts with some keys / synth, a beautiful piano piece, and Ryd’s incredibly clean vocals. About a minute in, the band comes in with Jake’s rock-operatic part. Though the song does get a little heavier thereafter, it doesn’t lose its slower, moving, ballad style (which is exacerbated by Olaf’s hair-band solo).

7. Rain – 7 / 10
After the softer Amaranthine, this song comes in without any warning at all. Starting with a verse with no clean vocals, and only screams, the chorus is a welcome change. The verses are vocally dissonant, and a bit muddy musically. However, both of these elements increase the concord of the chorus.

8. Call out my Name – 7 / 10
With the electrifying keyboard sounds and beats, this track reminds me of some of the stuff on Epsilon by Blood Stain Child. I don’t think that it is as nicely executed though, and the prominence of the screams and growls detract from the trance-like qualities of the song.

9. Enter the Maze – 9 / 10
The intro is a musical and vocal throwback to the start of Automatic, but overall this one is a little less energetic. The screams don’t bother me nearly as much in this track as they did in the previous, most likely because they are coupled with clean vocals throughout. I also really enjoy the mix during the bridge, which has both musical and vocal solos. The song finishes with two iterations of the chorus, and a final scream.

10. Director’s Cut – 7 / 10
Coupling repetitive guitar riffs with some highly synthesised keys, this track starts with dirty vocals before opening up to the two lead singers. I like that the keyboardist has some prominence throughout the song, though, especially with some short (single measure) mini solos. Like 1.000.000 Lightyears, this tune has an epic space / super-atmospheric quality about it (though not as direct as the former).

12. Serendipity – 7 / 10
Like the previous song, this one has a more standard feel to it, but it is slightly monotonous in both the verses and during the bridge. Overall, it seems a little disjointed throughout, and lacks some of the attention to detail that can be heard from the band.

13. Breaking Point – 8 / 10
More rhythm-driven that some of the experimental tracks, Breaking Point gets into a near-trance state through its relatively unchanging pace. That being said, it has a good groove and shows most of the qualities that I’ve come to expect from all members of the band.

14. A Splinter in my Soul – 7 / 10
Similar to Rain, the verses here are essentially all screams, and the choruses clean. There are a lot of tempo changes, and subsequently, the song doesn’t flow as purely as others. However, it does show some great musical variety throughout. Unfortunately, it doesn’t have any qualities that I would expect from a finale.

Overall, this is an incredibly solid album packed with intense guitar riffs, great keyboards / synth, and outstanding vocals. There are some tracks that I think could have been refined a little further, but nevertheless, I am quite impressed! I give it a 116 / 140 which is ~83/100 and rounds to 8.5 stars:

Stupidity is for life, ignorance can be cured with education.