After having used my Sandisk Sansa Clip+ for about a year or so whilst running and exercising, it finally died, and I started looking for a new one. Though the Clip+ wasn’t exactly state-of-the-art, had everything that I needed for a workout player:

The amount of storage space wasn’t drastically important to me, given that my workouts average about 60-90 minutes, and I could readily change the tracks on it whenever I want. I decided to look around and see if any new, but similar, players had hit the market since then. I found out that Sandisk had released the Sansa Clip Zip, which introduced a colour screen, and the capability of also utilising a microSD card for additional storage. 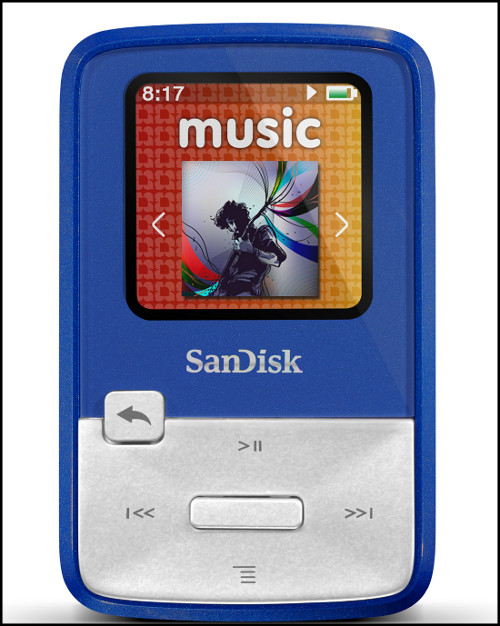 The Clip Zip does the job, and I do actually fancy the the colour screen. However, it has a fatal flaw, and one that I recognised after using it for the first time. The headphone jack is loose, and will sometimes cause either crackling noises, or one of the headphone connections to cut out. That was what finally killed my previous Sansa Clip+, but it started happening with the Clip Zip almost immediately! I should have sent it back at the first sign of the cut-out, but I didn’t. It isn’t too bad when I get into a steady pattern on a treadmill, but whilst running outside, one side or the other will stop functioning fairly regularly.

Overall, it is a decent player, but I would like to find one that can meet my requirements above and that doesn’t have as fragile of a headphone jack. I think that Sandisk should focus on the functionality before adding any new features.

Those that know, do. Those that understand, teach.