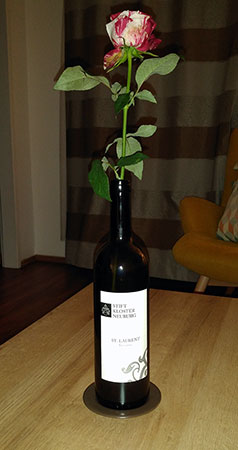 Even though the room was quite comfy, I woke up a bit early and went out to the market to get some more water for the rest of our time in Vienna. I also wanted to see what else was in the area right around our flat. However, since it was Sunday, most places were not yet open… including the Billa market where we went yesterday. I did stop in at a bakery to at least get a couple bottles of water, though. On my way back, there was a florist open, and I found this beautiful and unique rose that had splotches of burgundy and white all over it. I thought that it was perfect for Deb, so I purchased it for our room. She rinsed out one of the bottles of wine from last night, put the rose in it, and stuck it on the table in the living room of our flat. Just like the rug in The Big Lebowski, it really tied the room together.

We left the flat and headed for Café Demel. It was quite easy to get there via the underground lines, but when we arrived, the service was dismal. Not only were all the employees essentially ignoring us, but when I asked one about our reservations, she simply said “upstairs” and turned back around. We walked up the stairs and waited in queue. Thankfully I thought to ask the people ahead of us if they had reservations. They said no, so I went around them and tried to speak with an employee on the first floor. Again, they all essentially ignored me. When we were finally seated, I ordered a coffee and Deb ordered a tea. I had pastries in mind for each of us (the chocolate soufflé for Deb and the Kaiserschmarrn for me), but our waiter insisted that we go look at the pastry case. I let my frustration win and just chose from there instead. I didn’t like my coffee (the Fiaker, which is a strong black coffee with a shot of rum) or my pastry, so after Deb was finished with her tea, we just left. It was a completely disappointing and frustrating experience, but I tried to let it go and move on to the rest of the day’s activities.

We headed for Schönbrunn Palace for our “Classic Tour” starting at 12:30. The Palace was completely grandiose, and the tour was both fun and educational. I think that we both learned a lot about the Austrian royal family (the Habsburgs), and enjoyed seeing all of the different rooms that they had in their over-the-top dwelling. Instead of the audio tour that essentially everyone else chose, Deb and I went with the paper brochure so that we could have a reference regarding the 40-room tour after the fact. I thought that it was a good choice because we could go back and look at the information after the trip.

After the tour, we leisurely walked around the grounds, and especially enjoyed the Privy Gardens (which were included in the Classic Pass). They were stunningly beautiful and filled with various citrus trees. The rest of the gardens were open to the public, and we walked through them on our way to the Vienna Zoo, which is technically on the property of the Palace. 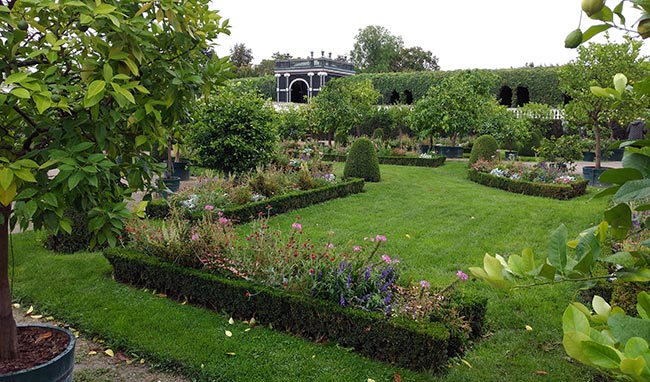 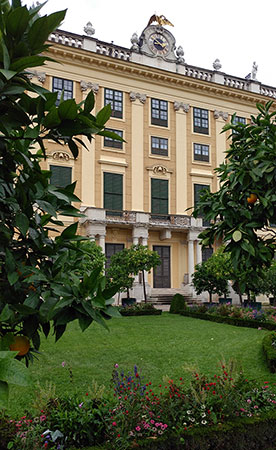 We spent a couple hours at the zoo, and tried to focus on some of the animals that we don’t have at our Saint Louis Zoo back home. Namely, they had pandas and koalas in two houses near one of the entrances. Both of those guys were doing what they do best—sleeping. It was still nice to see them, and fortunately, we even got to see the Polar Bear (which, by the way, has a way cooler name in German: Eisbär) toward the end of our time there. He was, of course, sleeping as well. 🙂 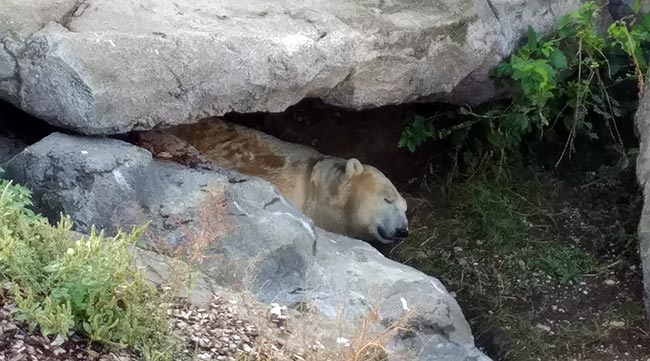 I stopped for a double espresso at the café right near the exit of the zoo. It warmed me up and gave me a little pep for the rest of our evening. We then headed for our dinner reservations at ef16. This restaurant was a little more difficult to find as it was down an alleyway, but boy was it ever worth the search! The service was absolutely top-notch, and the meals were incredible. We started with two dishes to split as starters—potato gnocchi and pumpkin ravioli. Both were fantastic, but I preferred the pumpkin ravioli because they were different than dishes that we typically get at home. For her main, Deb went with venison ragoût (which also came with gnocchi on the side), and I chose the sea bass with spinach and potatoes. Her dish was exquisite and also had morel mushrooms (yum!). We both agreed that they could have even left out the venison in favour of just more morels (that’s how good they were)! My dish was delicious as well, and the skin of the fish was seared beautifully! The highlight, though, was using the bread (which was some of the best I think I’ve had anywhere) to soak up the remaining sauce in Deb’s ragoût… D I V I N E.

I wanted us to each have some wine with dinner, and chose slightly more unique pairings for our starters and mains. I went with a Weißburgunder (Pinot Blanc) for our starters, and then a Merlot from Burgenland for Deb’s dish (which I thought paired far better than the Cabernet Sauvignon that the waiter recommended), and a unique blend of Zweigelt and Pinot Noir for my dish. It worked well with the fish, and was a nice deviation from the standard “whites with fish” pairing rule. 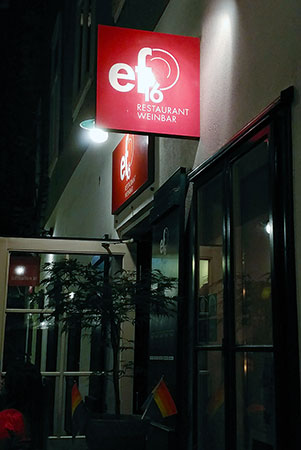 After dinner, we made our way back to the hotel to further embark on our Austrian wine journey. I had a 2012 Granit Zweigelt from Weingut Kurt Angerer, and Deb went with the 2016 Grauburgunder (Pinot Gris) Reserve from Weingut Schwarzböck. Mine, like the St. Laurent from the night before, was sharply acidic, but a bit simplistic. Deb’s was quite nice, but also lacked the floral intensity of the Zierfandler-Rotgipfler that just jumped out of the glass. They were good wines, but so far the Zierfandler-Rotgipfler has been the stand-out (which is awesome at under €10 per bottle, retail)!

Children might or might not be a blessing, but to create them and then fail them was surely damnation.