Today I went to update one of my Gentoo servers, and noticed that it wanted to pull in a bunch of xorg dependencies. This is a simple music server without any type of graphical environment, so I don’t really want any xorg libraries or other GUI components installed. Looking through the full output, I couldn’t see a direct reason that these components were now requirements.

To troubleshoot, I started adding packages to /etc/portage/package.mask, starting with cairo (which was the package directly requesting the ‘X’ USE flag be enabled). That didn’t get me very far as it still just indicated that GTK+ needed to be installed. After following the dependency chain for a bit, I noticed that something was pulling in libcanberra and found that the default USE flags now include ‘sound’ and that vim now had it enabled. It looks like this USE flag was added between vim-8.1.1486 and vim-8.1.1846.

For my needs, the most straightforward solution was to just remove the ‘sound’ USE flag from vim by adding the following to /etc/portage/package.use:

Though many sites have abandoned Adobe Flash in favour of HTML5 these days, there are still some legacy applications (e.g. older versions of VMWare’s vSphere web client) that depend on it. Recent versions of Firefox in Linux (68+) started failing to load Flash content for me, and it took some digging to find out why. First off, I noticed that the content wouldn’t load even on Adobe’s Flash test page. Second off, I found that the plugin wasn’t listed in Firefox’s about:plugins page.

So, I realised that the problem was due to the Adobe Flash plugin not integrating properly with Firefox. I use Gentoo Linux, so these instructions may not directly apply to other distributions, but I would imagine that the directory structures are at least similar. To start, I made sure that I had installed the www-plugins/adobe-flash ebuild with the ‘npapi’ USE flag enabled:

That ebuild installs the libflashplayer.so (shared object) in the /usr/lib64/nsbrowser/plugins/ directory by default.

However, through some digging, I found that Firefox 68+ was looking in another directory for the plugin (in my particular situation, that directory was /usr/lib64/mozilla/plugins/, which actually didn’t exist on my system). Seeing as the target directory didn’t exist, I had to firstly create it, and then I decided to symlink the shared object there so that future updates to the www-plugins/adobe-flash package would work without any further manual intervention:

After restarting Firefox, the Adobe Flash test page started working as did other sites that use Flash. So, though your particular Linux distribution, version of Firefox, and version of Adobe Flash may require the use of different directories than the ones I referenced above, I hope that these instructions can help you troubleshoot the problem with Adobe Flash not showing in the Firefox about:plugins page.

Well, our 2018 trip to Austria, Slovenia, and Hungary ends today and we have to head back home, but not before one last moment of indulgence. We woke up early so that we could partake in the included breakfast at the hotel. As with everything else at the Aria Hotel, the breakfast was incredible! There was a full buffet of items, and we also were able to order some eggs. We each got an egg white omelette with some vegetables, had a couple breads, and ordered coffee / tea. I really enjoyed my croissant with some local fruit jams (especially the Apricot jam). 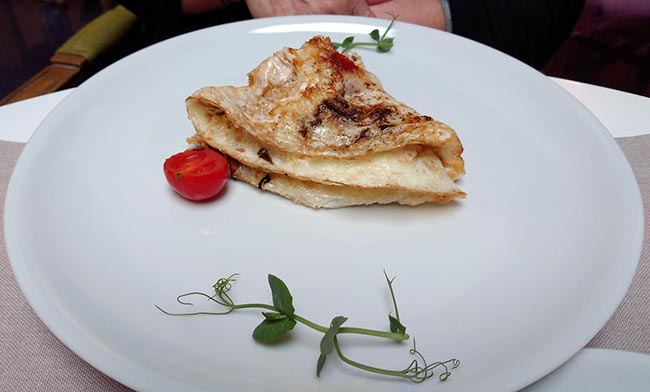 The staff at the Aria brought up the car from the valet parking lot, brought down our bags from the room, and loaded them for us. The whole experience there made it the very best hotel that I have ever had the pleasure of staying at!

We checked out, and drove back to Budapest airport. Despite the bit of traffic leaving the city centre, it was quite easy to get to the airport, and everything was clearly marked for returning the rental car. We got through security and on the flight without any problems at all.

FOOD (okay, so I had to have 4 for this category)

Staying busy is a piss-poor alternative to being happy.