Finally the tags are finished

Today, my friends, is a wonderful holiday (at least in my world). It is National Doughnut Day, which is celebrated on the first Friday in June. I really love doughnuts, but tend to not eat them all that often, as they’re not exactly good for the midsection. However, I decided that I absolutely had to have one two in honour of the holiday. 🙂

Unfortunately, though, this is one of those times where I wish I was back in Saint Louis, MO, USA. Saint Louis has three of the best doughnut shops that I’ve ever had.

The first one is Tony’s Donuts, which makes an amazing cake doughnut with strawberry icing. 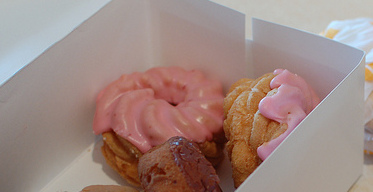 The second one is Donut Drive-In, with their incredible white-iced Long John (with no filling).

Last, but certainly not least is World’s Fair Doughnuts, which was a stopping spot for me when I would carpool all the kids to high school. World’s Fair is owned by an older couple, and they make an absolutely wonderful Danish, which was essentially a small glazed doughnut with a cherry or apple compote in the centre, and some icing around the outside. 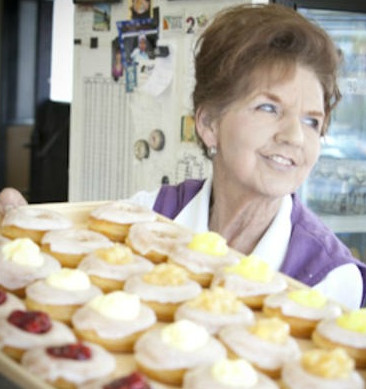 Though I’m not able to enjoy some of my all-time favourite doughnuts today, I hope that some of my friends there are. I did get a couple from the local grocer this evening, and they will be delicious as well, but just not as amazing as the ones mentioned above.

To all, have a wonderful National Doughnut Day!

The pursuit of truth and beauty is a sphere of activity in which we are permitted to remain children all our lives.