Jason Derülo is one of several artists that I would classify as “easy hip-hop,” meaning that it isn’t as rugged as a lot of the rappers out there, but isn’t as mellow as “easy listening.” Having enjoyed his first, self-titled, album, I was excited to hear that he was releasing some new tracks on an album called Future History. I picked it up about a week ago, and have given it a few listens thus far. 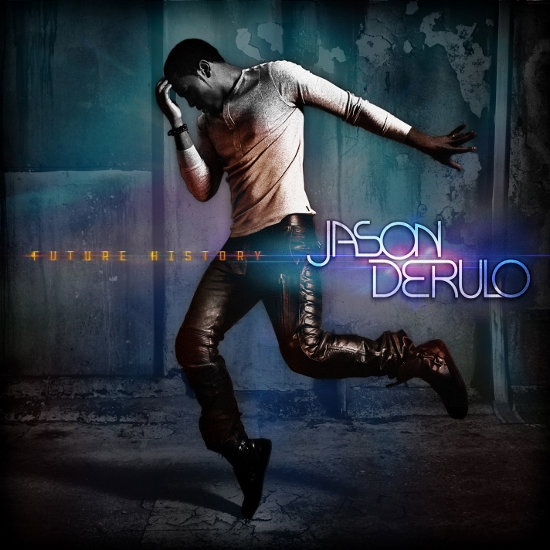 1. Don’t Wanna Go Home – 9 / 10
Starting off the album with his signature singing of his own name, Don’t Wanna go Home sets the stage for the more European club mix style of his new album. The chorus, as the title might suggest, is a play off of the traditional Jamaican song sung by Harry Belafonte. Definitely a fun start to the album.

2. It Girl – 7 / 10
This track is definitely slower and more contained than the intro, and is more of a soft hip-hop ballad. The chorus saying “Baby, you’re the shit, girl” seems a little out of place with the music and message of the song. Other than that lyrical oddity, though, the song is pretty strong.

3. Breathing – 8 / 10
With a heavy emphasis on euroclub sounds and beats, this song resonates throughout. The verses and the chorus are both heavily influenced by the current trends in pop (with the musical glitching that has been prominent in dubstep). There are a couple points where his falsetto seems very forced, though. It is a very catchy song that I think will likely be one of the next singles from the album.

4. Be Careful – 7 / 10
The introductory piano with the scratchy old-fashion record sounds in the background mixed with the strings make this song a bit different than the others. Whilst the song is good throughout, it doesn’t have any parts that stand out to me.

5. Make it up as we Go – 6 / 10
A combination of the slower pace of It Girl and the pop elements in Breathing, this song also has some interesting sound effects (that sound like a muted cowbells). Not a bad track, but unfortunately, nothing ear-catching like some of the other songs.

6. Fight for You – 10 / 10
From the strong vocals and accidentals, great lyrics, the newage African chant feel, and the throwback to Toto, this is arguably the most catchy song on the album. Really, this is the song that sold me, and I can’t get enough of it. Without a doubt, my favourite on the CD.

7. Pick up the Pieces – 8 / 10
Starting out with some spoken word and the sounds of a heart beating, this track goes into a good combination of beats, smooth sounds, and even a looped guitar part in the background. Though the lyrics are a bit cliché with the “If love is made of glass / can we pick up the pieces?” line, they do get stuck in your head.

8. Givin’ Up – 9 / 10
The guitar loop from the previous track has been modified a bit for this one, but it is also more prominent. That makes for a neat sound when combined with the hip-hop groove. This song reminds me a bit of some of the newer songs by Nelly (like Just a Dream).

9. Bleed Out – 6 / 10
Musically, this track seems a little harsh; lacking the smoothness of a lot of the other songs on the album. Also, the lyrics don’t flow as well, and seem dissonant. Given the content of the song, these stylistic changes may have been intentional. At the same time, though, it makes it less appealing to me.

10. That’s my Shhh – 4 / 10
Like Be Careful, this song also starts with a piano piece. It goes into a musically sensual jam, but the lyrics completely kill it. Unfortunately, I think of tracks like this one as trying to combine the musical style of Boyz II Men and juxtaposing it with the trite words of many contemporary raps.

11. X – 6 / 10
Following in the footsteps of many of the pop tracks from this past year, this song focuses on redundancy and vocal glitches or repetitions. It’s good for a club hit, but might not see air time outside of that.

12. Dumb – 7 / 10
Starting with some good harder, haunting guitar riffs, Dumb continuously builds throughout the first verse (even adding another nice piano part during the chorus). The punchy rhythm part didn’t come until after the 3″ mark, but it made for a great finish to the song. Also, this track was the shining glory in an otherwise mediocre ending section of the album.

Overall, though I like the album, there weren’t many tracks that stood out as completely exceptional. The one total success, in my opinion, is Fight for You, and I like that song so much that it makes the whole album worth it. I gave it a total of 87 / 120, which is ~7.25 stars (and rounds up to 7.5):

Could you imagine how horrible things would be if we always told others how we felt? Life would be intolerably bearable.