Italy Day 12: More relaxation in Capraia and the million-dollar view

Italy Day 14: The Necropolis of Banditaccia and more relaxing in Bracciano

Italy Day 13: The journey to Bracciano, and a wonderful dinner at Pane e Olio

Today is one of the few days on our trip that was, unfortunately, comprised of mostly travel. After we checked out of our hotel (Il Saracino), we made our way back down to the Port of Capraia. A staff member of the hotel took our bags down to Port, but we decided to make the nice walk one last time. Along the way, we stopped to take in the glorious view of the Port, and the pristine waters of the Ligurian Sea. 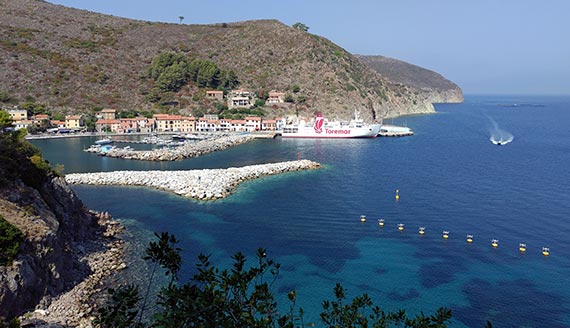 We got to the Port well ahead of time. Why? In order to start the day off right with one last gelato from La Gelateria di Capraia. 😉 I went with the coconut again, because why change a good thing? We boarded the ferry and in under three hours, we were back in the port city of Livorno where we had parked the car for our mini-trip to Capraia Isola. In the car, it was about a 3h30m drive down the coast toward Rome. We left Tuscany, and entered back into Lazio (the region that encompasses Rome). About 30km northwest of Rome is the lake town of Bracciano, which I’ve heard can be a common vacation spot for Romans in the summer. Though Bracciano is the bigger city, we chose to stay in the neighbouring town of Anguillara Sabazia in a very small bed and breakfast called Vicolo dei Pescatori. 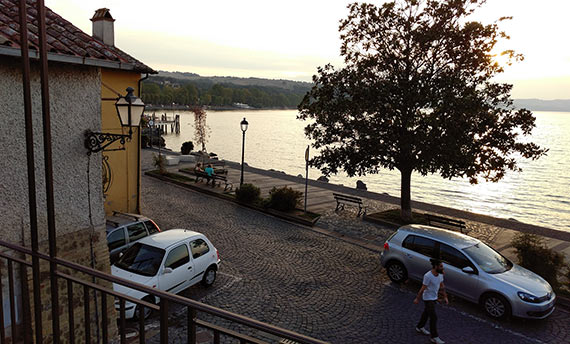 As you can see, we were about as close to Lake Bracciano as possible. Directly across from our bed and breakfast was the owner’s restaurant, La Nepitella. We decided not to eat there, but he was nice enough to let us purchase some wine for us to enjoy later on our beautiful balcony (how could you not enjoy that view?) The only problem that we had with the room was that the air conditioning was not working. The owner explained how it worked, but to us, it wasn’t working at all. It was cooler outside, and you could hear it working in the main living space of the house, but not in our individual room. No AC made it very difficult to sleep. 🙁

We got in fairly late in the evening, so after unpacking, we got back in the car and made the short drive to Bracciano. We chose to eat at Pane e Olio which was in the plaza right next to the Castle of Bracciano. Boy, am I glad that we chose this restaurant! Everything from the service to the cool breeze of outside seating, and of course, the food, was impeccable (not to mention, affordable). The food, though, was the absolute star!

We started with the Prosciutto and fresh mozzarella, which came on a bed of shredded lettuce. The combination of the salty Prosciutto and the cool, refreshing mozzarella (the freshest I’ve ever had) was simply divine. We also ordered the Pizza fritta, which were essentially these beautifully fried hunks of dough with Marinara, basil, and some grated cheese. 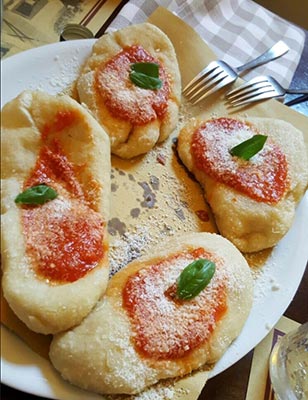 For our mains, I had Carbonara, but this was REAL Carbonara—the sauce was primarily egg and NO cream. Deb had the gnocchi, which was lovely, but she claims was still not quite as good as at That’s Amore in Rome. 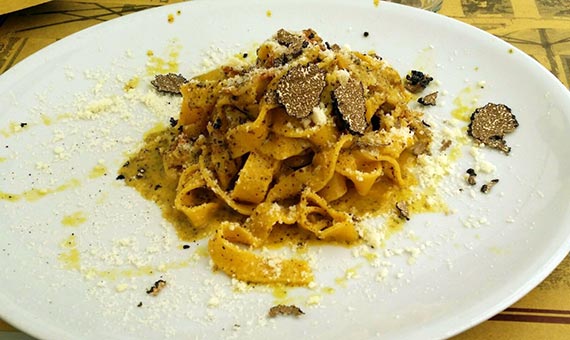 After that completely blissful meal, we stopped at Gran Caffe Principe di Napoli, which was a wonderful bakery. I picked up a Tartufo to take away, but this one was interesting in that it was vanilla instead of the typical chocolate. We went back to the hotel, sipped our wine on the patio, and called it a night. Even with all the driving and travelling today, it ended on some really nice notes.

A Native American grandfather talking to his young grandson tells him that there are two wolves inside the boy struggling with one another. The first is the wolf of peace, love and kindness. The other wolf is of fear, greed and hatred. "Which wolf will win, grandfather?" asks the young boy. "Whichever one I feed."