Italy Day 11: The ferry to, and relaxation in Capraia Isola

Italy Day 10: Pisa, The Leaning Tower, and that’s about it

When we woke up, we packed our things and left from our short stay in Florence for the more coastal city of Pisa. It was only about a 1h15m drive, and was almost completely motorway, so it seemed quite short by comparison to some of the other drives that we’ve made on this trip. We checked in at our hotel—the Residence Antiche Navi Pisane—and dropped off our bags. This hotel was also quite modern, but the accommodations were very nice. I especially liked that there were two separate spaces, one for the living room, and one for the bedroom. There were also exits in the front and the back of the room, so two people could essentially stay there without disturbing one another. The hotel was on the western outskirts of Pisa, but that was fine because we had just planned on walking most places anyway.

Our first stop was the Keith Haring Café, primarily to see the mural (known as Tuttomondo) that he painted on the side of a church as commissioned by the government of Pisa. It was really cool to see it in person, especially because the colours that he chose were really bright and playful. 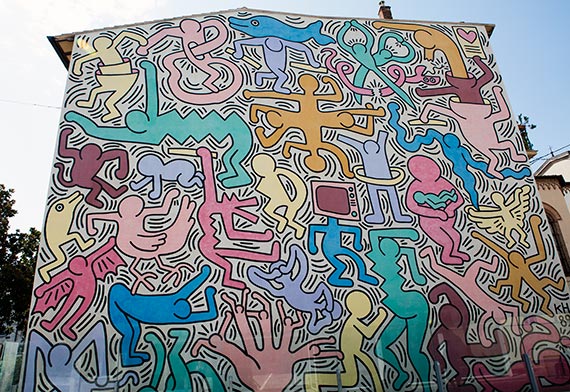 Unfortunately, the café was closed for some reason or another (even though the website indicated that it should be open). So instead of having coffee and tea there, we decided to head back toward the hotel and find a spot along the way. We stopped in at Pasticceria Giordano without really knowing anything about it. I’m glad that we did, though, because the beverages were good, and the pastries were quite nice. I had one in particular that I can only liken to a fluffy doughnut (a la French cruller) with the Italian twist on Chantilly cream. It was delicious, and I somewhat wish I would have gotten two of them. 🙂

We went back to the hotel just to get the car and drive to San Rossore Park. It was only 10 minutes away by car, but would have been quite a long walk. The park was a beautiful area where you could just walk around and take in nature for hours on end. There was such a variety to the landscapes there that you wouldn’t be able to see them all within a day. We ended up just walking on the path toward Gombo beach, but didn’t have time to make it all the way to the shore. 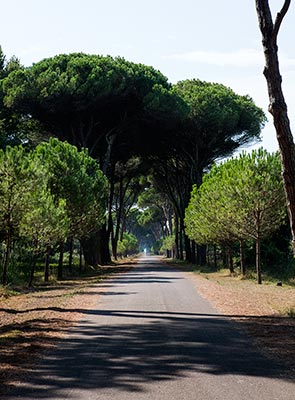 After our time in the park, we dropped the car off at the hotel again, and walked to the infamous Piazza dei Miracoli, which is home to the Leaning Tower of Pisa, and the Cathedral. As expected, the plaza was insanely busy with tourists, all trying to stage the photo of themselves holding up the tower. Once you got past the crowds, the area was really neat to see. 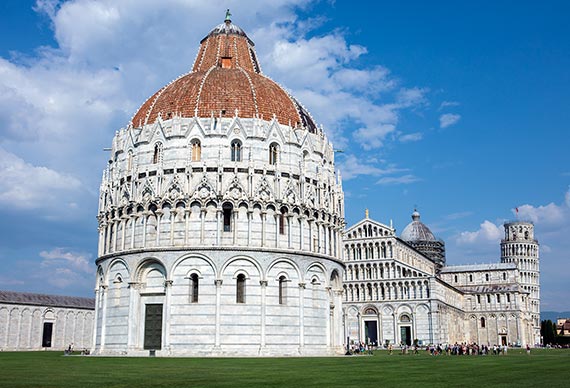 We had a little time before our scheduled entry into the Leaning Tower, so we walked southeast to the Torre della Muda (Tower of Hunger). This building may not have much significance to many people, but to me, it was special because it is referenced in Inferno: Canto XXXIII by Dante.

We then went back to the Leaning Tower, and made the ascent. Even with all the other tall buildings we’ve climbed (the Torre del Mangia in Siena, and the Duomo in Florence), this was the first time that I had a sense of vertigo. Climbing up stairs but leaning downward was unusual, and in full disclosure, I didn’t care for it much. To confirm, yes, the Leaning Tower does indeed lean: 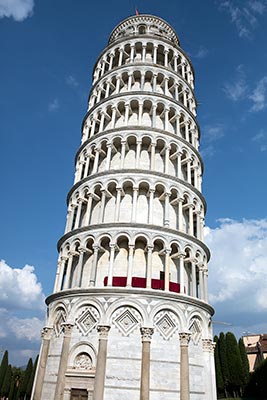 After we picked up our bags from the cloak room, we walked to GUStO al 129 for dinner. Unfortunately, though, they were closed for vacation until the following day. It was a bummer to me because I was excited about trying their pizzas, and especially their dessert pizza with Nutella and cream. Click that link to see the photo, and tell me that you don’t want to eat that thing! 🙂

Since they were closed, we went for the second choice, which was Quarto D’ora. It was another pizza place closer to the Leaning Tower, but it didn’t seem as appealing to me from the menu. We split a few pizzas: the veggie, Prosciutto and mushroom, and the Regina. The veggie was not very good since I couldn’t taste the difference between any of the vegetables, and it was runny. The Prosciutto and mushroom was a bit better since the flavours were there, but it was also runny. The Regina was the best of the three since it wasn’t runny, but it was rather basic with just tomato, basil, and Buffalo mozzarella. They also had a Nutella pizza, but theirs didn’t have cream on it. We still got one takeaway, and headed back to the hotel. On the way, we picked up some wine (but of course, right?). We had to make it an early night since we had to wake up around 06:00 to make it to our special journey tomorrow morning.

Overall, I’m glad that we saw Pisa, but I can’t imagine spending more than a day there. There’s just not that much to see or do.

When choosing between two evils, I always like to try the one I've never tried before.