Celldweller – Wish Upon a Blackstar review

I have been a big fan of Celldweller, since the self-titled release in 2003. Just a few weeks ago, Klayton released the newest Celldweller album, entitled Wish Upon a Blackstar. There was a Deluxe Edition that was only available through FiXT, and it featured a second disc with all instrumentals presented in a different order. 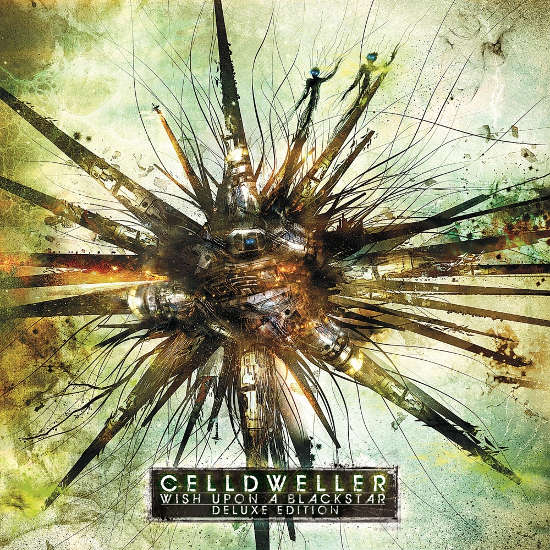 1. The Arrival – No score
As it is just the introductory track, and is only 35″ long, there’s not much to it. It’s just a neat blend of sound effects, but probably could have just been tacked on to the beginning of It Makes no Difference who we Are.

2. It Makes no Difference who we Are – 8 / 10
The track starts with a neat guitar plucking melodramatically. Klayton’s vocals are doubled, which has a really awesome effect, and sounds like there’s another vocalist as well. It then picks up with a neat delayed synth and some high-frequency bends in the background. Overall, a neat trance-style rock start to the album.

3. Blackstar – 8 / 10
With a significantly faster tempo, Blackstar picks up right where the previous track left off (there’s even a lyrical throughback toward the end). Combining a lot of neat breaks, digital effects, and guitars, this track sounds a bit more like Celldweller’s self-titled album. The digitised choir in the background is a really cool deviation from the norm.

4. Louder than Words – 9 / 10
More guitar driven than the other two previous tracks, this song provides a nice balance of rock and dubstep beats. The chorus, even with the somewhat cliché lyrics of “Actions speak louder than words do,” is very catchy. There really isn’t a definitive bridge of this song, which makes the flow a bit monotonous and trance-like, but it is seamless in execution.

5. The Lucky One – 8 / 10
This song has a slight retro-rock feel to it, but is mixed with a heavy front of electronica. The lyrics in the verses are very interesting, if not a bit trite by comparison to some of his earlier work. Musically, though, the track is one of the better ones in the first half of the album (and it finally gets heavier). The track does seem experimental, but it works for the most part.

6. Unshakeable – 10 / 10
This track starts off with a prominent electronica and beats feel, and has a great tempo accented by the synthed percussion. The chorus is glitchy and very much a mix of dubstep sounds (almost like 12th Planet or Skrillex) and the Blue Stahli-esque scream of “Unshakeable.” In fact, this track actually sounds more like the work of Blue Stahli than Klayton, yet he manages to put his own spin on it.

7. I can’t Wait – 8 / 10
Again, this track shows a musical shift toward the glitchy dubstep sounds presented in the chorus of Unshakeable. It transitions abruptly into a fast-paced guitar assault, coupled with equally quick beats, and piercing lyrics. There’s a neat psuedo guitar solo and some pitch-bending during the bridge that slides into the final chorus.

8. Eon – 10 / 10
One of the harder songs on the album, Eon is in the vein of Celldweller’s self-titled album that I liked so much. The difference is that Klayton shows how he’s really refined his overall sound since then. There’s a great ~2-minute bridge in the middle of the track, with several builds and breakdowns, that lends to the song’s epic nature (and makes it one of my favourites on the album).

9. So Long Sentiment – 8 / 10
This track starts out with a guitar slam and a bunch of pitch bending thereof, which fades into Klayton singing over very subtle atmospheric sounds in the background. The chorus really just adds some quick beats to the background sounds, and the guitar riffs make the occasional appearance throughout. The bridge revisits the subtleties that were presented at the start, and the song finishes with an iteration of the chorus. Though it doesn’t have a huge amount of musical variability, it makes for a great trance-style track which makes for awesome background music.

10. Gift for You – 7 / 10
This song is introduced by some female whispers about having a “gift” to give, and some haunting effects. Klayton’s lyrics in this song are killer, especially when he talks about the gifts that he has in return. Musically, it is very subdued and provides a chilled feeling, especially when coupled with the message.

11. The Seven Sisters – 7 / 10
This track continues with the digital “wah wah” that has carried through many of the other tracks on the album, and the higher-frequency melody line from earlier songs makes a comeback. It doesn’t really pick up musically, so I would group it in the same category as the other “trance” songs on the album.

12. The Best it’s gonna Get – 7 / 10
Starting off in the trance style of the previous track, this one progresses into a heavier chorus that is guitar-driven. Thereafter, there is some fast-tempo picking mixed with a bunch of synth and some neat 4/4 beats. The vocals follow the same type of patterns that were in The Lucky One, which seems a little dissonant when paired with flow of the music.

13. Memories of a Girl I haven’t Met – No score
At only 1″ in length, this track manages to be really thought-provoking both it its title and lyrics. Since it is really just an interlude, though, I don’t think it should have a score.

14. Birthright – 10 / 10
Starting off with fast plucking and some standard drum beats, Birthright continues one of the coolest tracks from Klayton’s previous album Soundtrack for the Voices in my Head, Vol. 1. He has really changed a few aspects of the arrangement, and they were all great! This song has a really neat combination of synthesised orchestral instruments, pounding guitars, and glitchy effects.

15. Tainted – 5 / 10
With a darker introduction that many of the other tracks, Tainted sounds a little over produced in terms of the dubstep effects. I can’t really figure out a particular element of the song that I dislike, but I just find it too dissonant for my liking.

16. Against the Tide – 10 / 10
The last full-length track on the album, Against the Tide starts with the ocean sounds, a very traditional piano piece, some strings, and Klayton’s vocals. It then picks up tempo, and adds some electronic-rock elements, but fades back into the opening solemnity. The multiple transitions back and forth between these two styles makes for a really moody track, which is something I had missed throughout many of the other songs on the album.

17. The Departure – No score
Though a little longer than the 35″ introduction, the outro doesn’t add all that much to the album in my opinion. I think that it should have simply ended with the fading out of Against the Tide.

Though I don’t particularly care for this album nearly as much as the self-titled one from years ago, it is still quite good. I was hoping for something similar in style, but this album focused more on the electronica than on the mix thereof with metal. That being said, it still has some highlights and I think that it is worth a few listens. The points total to 115 / 140, which is ~8.2 or 8 stars.

This is my simple religion. There is no need for temples; no need for complicated philosophy. Our own brain, our own heart is our temple; the philosophy is kindness.