I’ve been an Amazon Prime member for quite some time now, but one aspect that I don’t use nearly often enough are the prime videos on demand. This past week, I took advantage of the free films that were available and watched one entitled Ip Man. I thought it was a little unusual that a martial arts film would have such high ratings, and considering I was in the mood for something like it, I decided to give it a go. I was very pleasantly surprised! 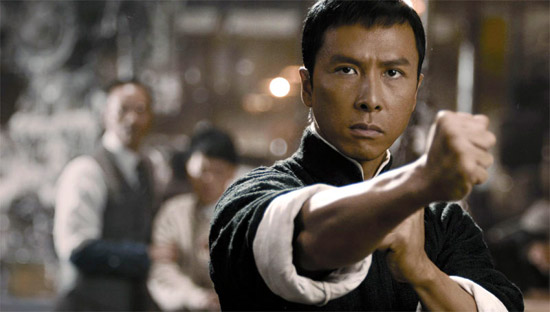 The film focuses on Yip Man (also spelled Ip Man), who was a martial artist in the southern Chinese town of Foshan. Foshan was known as one of the primary kung fu hubs for many decades, and many travelled there in order to learn from one of the many masters who opened martial arts schools in the city.

Even though there were several inaccuracies about Ip Man’s life (which were likely there for cinematic effect and drama), much of the story was factual and based during the Second Sino-Japanese War (taking place from 1937 to 1945). During that time, the Japanese were infiltrating regions of China and attempting to enforce their cultural beliefs and systems. Though I’m unsure if Foshan was one of the targeted cities, or if Ip Man really had any influence on the war, it was fascinating to get a little bit more background regarding an event about which I essentially knew nothing.

Yip Man studied the martial art of Wing Chun, and trained many students throughout his career. Amongst those students was the very well-known Bruce Lee. Having not read anything about the film before I watched it, I actually didn’t know that until right at the end as the credits were starting to roll.

As I said, the film was surprisingly good! I expected just another martial arts show, but this one had a great story (no matter how embellished it may have been regarding his life, the war, et cetera), some great drama, and nice cinematography in spots. The only problem was that the version to which I had access was dubbed instead of subtitled, and the voices were a bit distracting. In any case, I would recommend you watch it. It’s not the most exceptional film I’ve ever seen, but it was entertaining, and provided some perspective on a historical event. I would say that it’s deserving of 7 stars:

Young people are in a condition like permanent intoxication, because youth is sweet and they are growing.