CyanogenMod com.android.phone crashing – an unlikely APN fix for the NullPointerException in the telephony stack

Understanding of geography? Not for Exxon Mobil.

The weekend of Saturday, April 11, my best friend and I made the drive down to Huntsville, Alabama to participate in the 2015 Superheroes Race benefiting the outstanding organisation that is The National Children’s Advocacy Center. It was a bit of a drive, but almost completely motorway, so it wasn’t that bad. Before talking about the main event (the race itself), I have to mention some of the way cool things that we did beforehand. 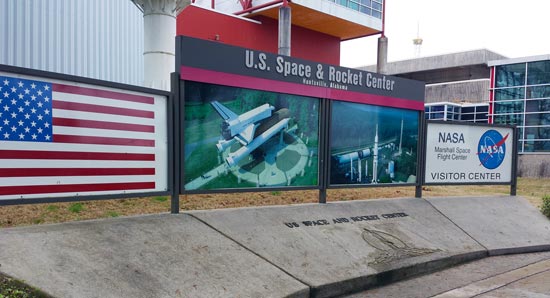 NASA US Space and Rocket Center in Huntsville, AL
(click to enlarge)

Firstly, we went to the US Space and Rocket Center, which is essentially the visitor’s centre for NASA. In my opinion, the price of admission was a little high, but the exhibits made it completely worth it. Some of the highlights were the Robot Zoo and the amazing showroom of the Saturn V rocket. 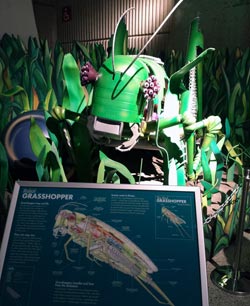 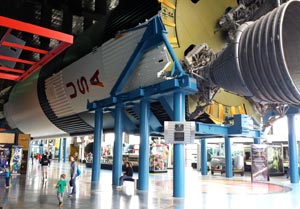 Secondly, we had some great food at two very different types of restaurants. The first place was for a quick lunch at a Mexican place called Taqueria El Cazador #2, which is housed inside of a bus. We both had the tacos, which were excellent. I also grabbed some tamales, but they didn’t impress me nearly as much as the tacos. Overall, though, a great place that is cheap and tasty! The place that we went for dinner was Phuket Thai Restaurant, and even though it wasn’t in a bus, it was outstanding! Having been to Thailand, I was a little suspicious of the reviewers saying that it was one of the best places for Thai in the US. Having not eaten at all the Thai places in the US, I can’t say so definitively, but it was great! In particular, the Khao Soi was deliciously creamy, and putting the remaining sauce on some extra rice almost made for another meal in and of itself!

Thirdly, we went to the National Children’s Advocacy Center (NCAC) to see what needed to be done to prepare for the race the next day. I have been a supporter of the organisation for quite some time (you can see more about them via their link in the “Charities I Support” menu at the top of the blog), but I had never seen the facilities. I was stunned at the size of the complex, and even more taken aback at the people who work for the NCAC! They were absolutely outstanding, and after having seen the facilities, I feel even more strongly aligned with their mission statement of “modelling, promoting, and delivering excellence in child abuse response and prevention through service, education, and leadership.”

Fourthly, we just happened to stumble upon this really neat place known as Lowe Mill, and they were having an art show and free concert. There were various artists ranging from painters, photographers, and musicians, as well as plenty of bakers and confectioners serving up their yummy treats (like a decadent lemon cupcake with cream cheese frosting [I won’t say who ate that one…]).

Okay, so now let’s get to the actual reason that I went to Huntsville: to support the NCAC in the 2015 Superheroes Race! There were three options for runners: 1) the timed and competitive 5K; 2) the timed and competitive 1-mile; 3) the 1-mile fun-run for kids (and adults too!). I participated in the 5K, and actually ended up coming in first place. My time wasn’t as good as I would have liked, but the course was a lot of fun! It went winding through the city centre and some very nice suburban areas as well (both starting and ending at the NCAC). There were also awards given out for the costumes (best individual costume, best family costumes, et cetera). I went as The Flash, but dang, it’s difficult to run in a full costume, so I applaud those people that did it! The Chief of Police actually ran in the race, and did so in uniform (belt and all)–now that’s supporting the community! 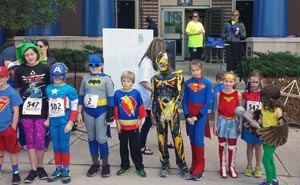 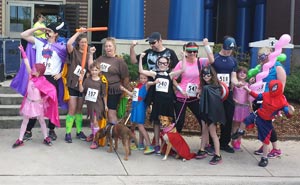 One of the highlights of the whole trip was getting to meet some of the wonderful people that make the NCAC happen. I was fortunate enough to meet Catherine Courtney (the Director of Development) and Caroline Nelson (the Development Campaign Coordinator) (both pictured below), as well as Chris Newlin (the Executive Director). These three individuals are not only a few of the folks that help the NCAC function on a day-to-day basis, but they are truly inspirational people who have huge hearts for helping the children to whom the NCAC provides services–their passion to help kids is nearly tangible! 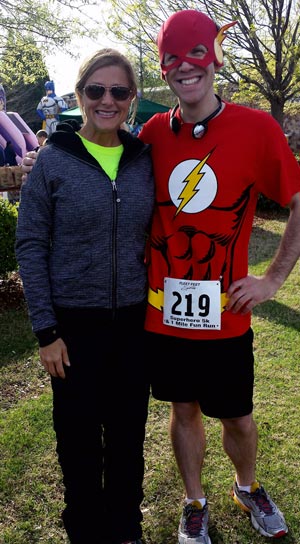 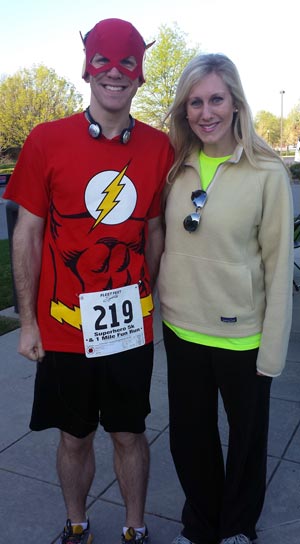 LEFT: The Flash (AKA me) and Catherine Courtney        RIGHT: Caroline Nelson
(click to enlarge)

Overall, the trip to Huntsville was both pleasant and productive. I hope that I will be able to participate in the races in the future, and that I will be able to work with the NCAC for years and years to come. If you agree with their Mission Statement, I urge you to become a member of the Protectors’ Circle and support the incredibly important work that they do.

It is an interesting and demonstrable fact, that all children are atheists and were religion not inculcated into their minds, they would remain so.